Ali Ibrahim "Ali Farka" Touré (31 October 1939 – 6 March 2006) was a Malian singer and multi-instrumentalist, and one of the African continent's most internationally renowned musicians. His music is widely regarded as representing a point of intersection of traditional Malian music and its North American cousin, the blues. The belief that the latter is historically derived from the former is reflected in Martin Scorsese's often quoted characterization of Touré's tradition as constituting "the DNA of the blues". Touré was ranked number 76 on Rolling Stone's list of "The 100 Greatest Guitarists of All Time" and number 37 on Spin magazine's "100 Greatest Guitarists of All Time". 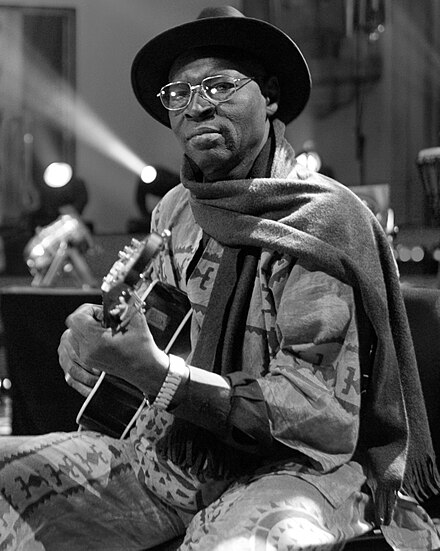