Die Goldenen Zitronen (English: The Golden Lemons) are a punk rock band from Hamburg, Germany formed in 1984. They are considered a forerunner to the "Hamburger Schule" and are noted for their anti-establishment stance. Formed by Schorsch Kamerun (vocals), Ale Sexfeind (drums), Ted Gaier (bass, guitar), and Aldo Moro (guitar, bass), the band have released thirteen albums to date. Of the original line-up only Kamerun and Gaier remain, who both developed a number of side-projects. 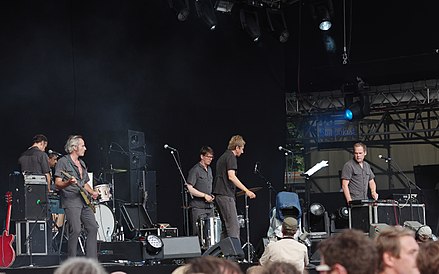