Muslimgauze was the main musical project of Bryn Jones (17 June 1961 – 14 January 1999), a British ethnic electronica and experimental musician who was influenced by conflicts and history in the Muslim world, often with an emphasis on the Israeli–Palestinian conflict. With dozens of albums released under the Muslimgauze name, Jones was prolific, but he never made mainstream success due to his work being issued mostly in limited editions on small record labels and being deeply experimental in style. His music has been described by one critic as "among the most startling and unique in the noise underground."The name Muslimgauze is a play on the word muslin (a type of gauze) combined with Muslim, referring to Bryn Jones' preoccupation with conflicts throughout the Muslim world. 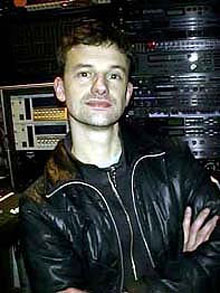