Nicolas Jaar (born January 10, 1990) is a Chilean-American composer and recording artist based in New York. Among his notable works are the albums Space Is Only Noise (2011), Pomegranates (2015) and Sirens (2016). He is known in the club world for his various dance 12" EPs he put out from 2008 to 2011. Since his first album, he has embarked on more explorative directions, performing a five-hour improvisational concert at PS1 and releasing a large volume of experimental recordings through his label, Other People, including works by like-minded artists Lydia Lunch, William Basinski, and Lucretia Dalt. In 2015 he scored Jacques Audiard's Dheepan (winner of the Palme d'Or at Cannes 2015).Jaar is also half of the band Darkside (Psychic, 2013). In 2018, he released an album under the alias A.A.L. (Against All Logic) called 2012–2017, described by Pitchfork as one of the best new albums of the year. 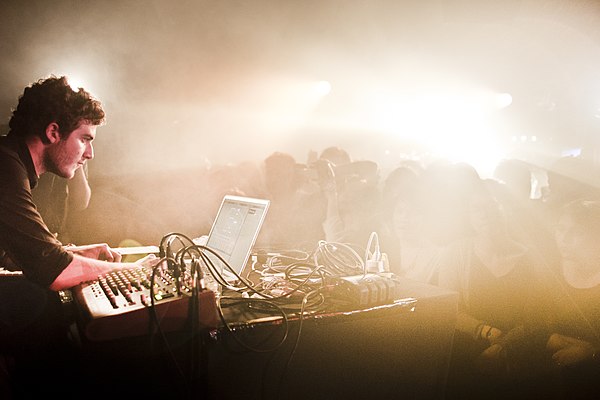