Rilo Kiley ( RY-loh KY-lee) was an American indie rock band based in Los Angeles, California. Formed in 1998, the band consisted of Jenny Lewis, Blake Sennett, Pierre de Reeder, and Dave Rock. The group released their debut album Take-Offs and Landings under Seattle-based independent label Barsuk Records in 2001. After that, they released three additional studio albums and several EPs. In 2007 they were signed with Warner Bros., and subsequently made their major-label debut with the album Under the Blacklight. 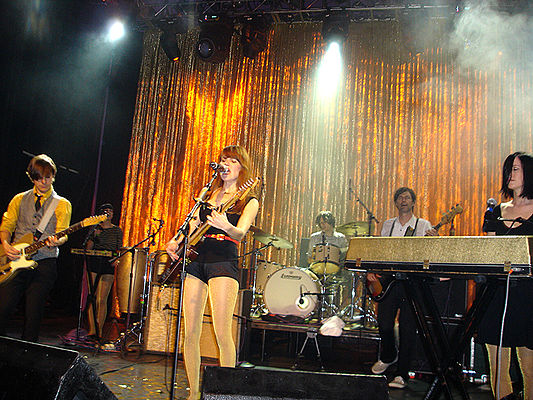