The World Is a Beautiful Place & I Am No Longer Afraid to Die (sometimes shortened to The World Is a Beautiful Place, The World Is, or just TWIABP) is an American indie band formed in Willimantic, Connecticut, in 2009. They released their debut album Whenever, If Ever in 2013 to generally positive reviews, followed by Harmlessness in 2015 and Always Foreign in 2017. They have also released a number of EPs and splits, including a collaboration with spoken word artist Christopher Zizzamia, entitled Between Bodies, in late 2014. According to their Facebook page, their "lineup is constantly expanding and contracting. Recording and live performance lineups vary." The band's style has been variously associated with emo, indie rock, post-rock, and post-hardcore. AllMusic described it as "atmospheric emo/indie". Their influences include Battles, Caspian, Godspeed You! Black Emperor, and Explosions in the Sky. 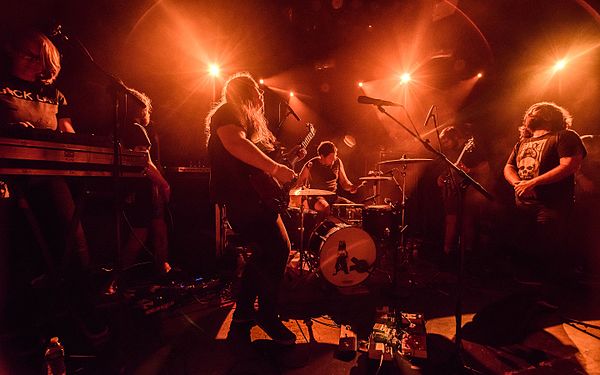