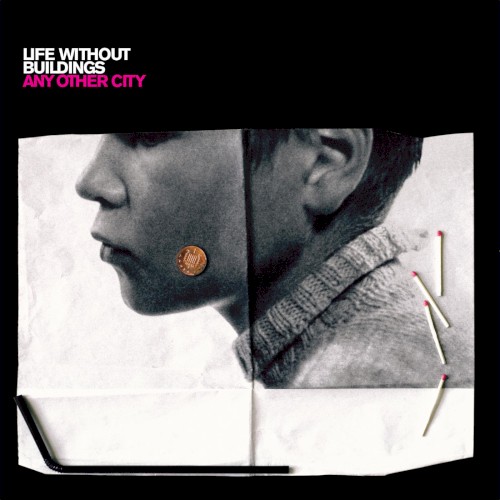 Life Without Buildings were a Glasgow, Scotland based indie rock band. The band, mostly ex-students of the Glasgow School of Art, formed during the summer of 1999. The band initially consisted of Will Bradley (drums), Chris Evans (bass) and Robert Johnston (guitar). Painter Sue Tompkins (vocals) joined later that year. Sue's "talk-sung" vocals eventually became the band's most famous attribute. Impressed after their first London gig, the Rough Trade-affiliated Tugboat label asked the band to record a debut single on the label. Released in March 2000, "The Leanover" b/w "New Town" secured the band a full deal with the label. The band released two more singles on the label. The band's debut, Any Other City, recorded by Scottish producer Andy Miller, was released in 2001 in the UK; label DCBaltimore2012 issued it months later in the United States. In May 2007 a live album was released in Europe called Live at the Annandale Hotel on the Gargleblast Records label. The album has subsequently been released in North America on Absolutely Kosher Records in August 2007. The band broke up in 2002.