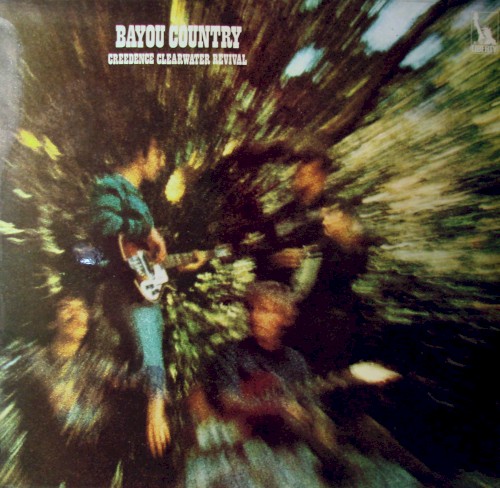 Creedence Clearwater Revival, also referred to as Creedence and CCR, was an American rock band which recorded and performed from 1968 to 1972. The band initially consisted of lead vocalist, lead guitarist, and primary songwriter John Fogerty; his brother, rhythm guitarist Tom Fogerty; bassist Stu Cook; and drummer Doug Clifford. These members had played together since 1959, first as the Blue Velvets and later as the Golliwogs.CCR's musical style encompassed roots rock, swamp rock, and blues rock. They played in a Southern rock style, despite their San Francisco Bay Area origin, with lyrics about bayous, catfish, the Mississippi River and other popular elements of Southern United States iconography. The band's songs rarely dealt with romantic love, concentrating instead on political and socially-conscious lyrics about topics such as the Vietnam War. The band performed at the 1969 Woodstock festival in Upstate New York. CCR disbanded acrimoniously in late 1972 after four years of chart-topping success. Tom Fogerty had officially left the previous year, and John was at odds with the remaining members over matters of business and artistic control, all of which resulted in subsequent lawsuits among the former bandmates. Fogerty's ongoing disagreements with Fantasy Records owner Saul Zaentz created further protracted court battles, and John Fogerty refused to perform with the two other surviving members at Creedence's 1993 induction into the Rock and Roll Hall of Fame.CCR's music is still a staple of U.S. classic rock radio airplay. 28 million CCR records have been sold in the U.S. alone. Rolling Stone ranked them 82nd on its 100 Greatest Artists of All Time.