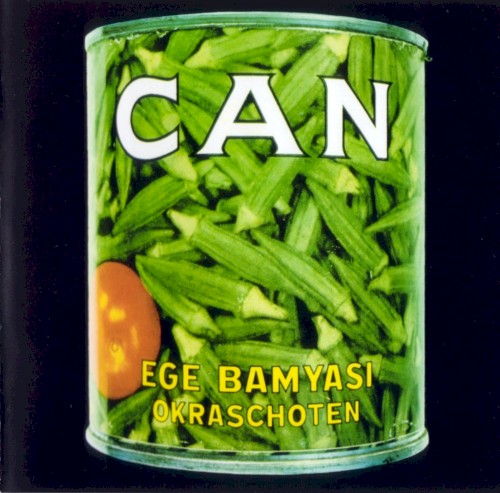 Can (stylised as CAN) was a German experimental rock band formed in Cologne in 1968 by the core quartet of Holger Czukay (bass, tape editing), Irmin Schmidt (keyboards), Michael Karoli (guitar), and Jaki Liebezeit (drums). The group cycled through several vocalists, most prominently the American-born Malcolm Mooney (1968–70) and the Japanese-born Damo Suzuki (1970–73), as well as various temporary members.Coming from backgrounds in the avant-garde and jazz, the members of Can blended elements of psychedelic rock, funk, and noise on influential albums such as Tago Mago (1971), Ege Bamyasi (1972) and Future Days (1973). Can also had occasional commercial success, with singles such as "Spoon" and "I Want More" reaching national singles charts. They have been widely hailed as pioneers of the German krautrock scene, and a considerable influence on subsequent rock, post-punk, ambient, and electronic music.