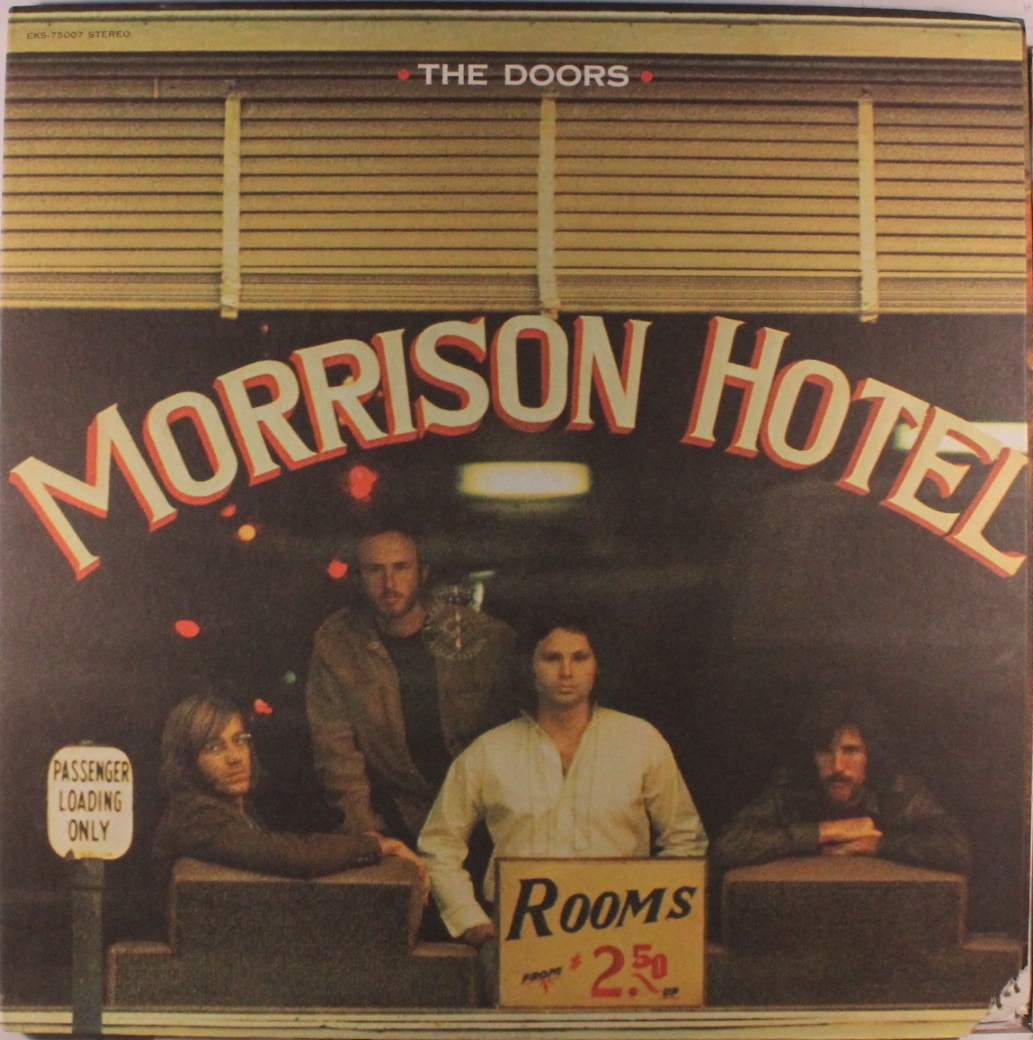 The Doors were an American rock band formed in 1965 in Los Angeles, with vocalist Jim Morrison, keyboardist Ray Manzarek, guitarist Robby Krieger and drummer John Densmore. The band got its name from the title of Aldous Huxley's book The Doors of Perception, which itself was a reference to a quote made by William Blake, "If the doors of perception were cleansed, everything would appear to man as it is, infinite." They were unique and among the most controversial and influential rock acts of the 1960s, mostly because of Morrison's lyrics and charismatic but unpredictable stage persona. After Morrison's death on 3 July 1971 at age 27, the remaining members continued as a trio until disbanding in 1973.

Signing with Elektra Records in 1966, the Doors released eight albums between 1967 and 1971. All but one hit the Top 10 on the Billboard 200 and went platinum or better. Their self-titled debut album (1967) was their first in a series of Top 10 albums in the United States, followed by Strange Days (also 1967), Waiting for the Sun (1968), The Soft Parade (1969), Morrison Hotel (1970), Absolutely Live (1970) and L.A. Woman (1971), with 20 Gold, 14 Platinum, and 5 Multi-Platinum album awards in the United States alone. By the end of 1971, it was reported that the Doors had sold 4,190,457 albums domestically and 7,750,642 singles. The band had three million-selling singles in the U.S. with "Light My Fire", "Hello, I Love You" and "Touch Me". After Morrison's death in 1971, the surviving trio released two albums Other Voices and Full Circle with Manzarek and Krieger sharing lead vocals. The three members also collaborated on the spoken-word recording of Morrison's An American Prayer in 1978 and on the "Orange County Suite" for a 1997 boxed set. Manzarek, Krieger and Densmore reunited in 2000 for an episode of VH1's "Storytellers" and subsequently recorded Stoned Immaculate: The Music of The Doors with a variety of vocalists.

Although the Doors' active career ended in 1973, their popularity has persisted. According to the RIAA, they have sold 33 million certified units in the US and over 100 million records worldwide, making them one of the best-selling bands of all time. The Doors have been listed as one of the greatest artists of all time by many magazines, including Rolling Stone, which ranked them 41st on its list of the "100 Greatest Artists of All Time". The Doors were the first American band to accumulate eight consecutive gold and platinum LP's.

In 2002, Manzarek and Krieger started playing together again, branding themselves as the Doors of the 21st Century, with Ian Astbury of the Cult on vocals. Densmore opted to sit out and, along with the Morrison estate, sued the duo over proper use of the band's name and won. After a short time as Riders On the Storm, they settled on the name Manzarek-Krieger and continued to tour until Manzarek's death in 2013 at the age of 74.

Three of the band's studio albums, the self-titled debut, L.A. Woman, and Strange Days, were featured in Rolling Stone's 500 Greatest Albums of All Time, at positions 42, 362, and 407 respectively.

The band, their work, and Morrison's celebrity are considered important to the counterculture of the 1960s.

The Doors were inducted into the Rock and Roll Hall of Fame in 1993.