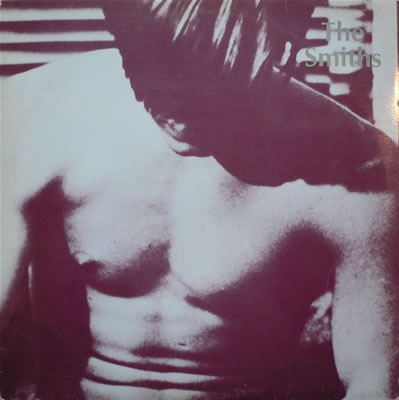 The Smiths were an English rock band formed in Manchester in 1982. The band consisted of vocalist Morrissey, guitarist Johnny Marr, bassist Andy Rourke and drummer Mike Joyce. Critics have called them the most important alternative rock band to emerge from the British independent music scene of the 1980s. Q magazine's Simon Goddard argued in 2007 that The Smiths were "the one truly vital voice of the '80s", "the most influential British guitar group of the decade" and the "first indie outsiders to achieve mainstream success on their own terms". The NME named the Smiths the "most influential artist ever" in a 2002 poll.

Based on the songwriting partnership of Morrissey and Marr, the group signed to the independent record label Rough Trade Records, on which they released four studio albums, The Smiths (1984), Meat Is Murder (1985), The Queen Is Dead (1986) and Strangeways, Here We Come (1987). Four of their albums (including three studio albums) appeared on Rolling Stone's list of the 500 Greatest Albums of All Time. They have also released several compilations, and numerous non-LP singles.

The Smiths had several singles reach the UK top twenty and all four of their studio albums reached the UK top five, including one which topped the charts. They won a significant following and remain cult favourites, although they had limited commercial success outside the UK while they were still together. The band broke up in 1987 and have turned down several offers to reunite.

The band's focus on a guitar, bass, and drum sound, and their fusion of 1960s rock and post-punk, were a repudiation of synthesizer-based contemporary dance-pop – the style popular in the early 1980s. Marr's guitar-playing on his Rickenbacker often had a jangly sound reminiscent of Roger McGuinn of the Byrds. Marr's guitar-playing influenced later Manchester bands, including The Stone Roses and Oasis. Morrissey and Marr's songs combined themes about ordinary people with complex, literate lyrics delivered by Morrissey with a mordant sense of humour. In 2014 and 2015, they were nominated for induction into the Rock and Roll Hall of Fame.