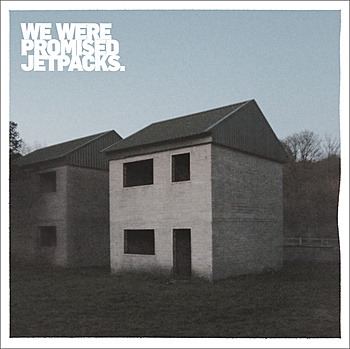 We Were Promised Jetpacks are a Scottish indie rock band from Edinburgh, formed in 2003. The band consists of Adam Thompson (vocals, guitar), Michael Palmer (guitar), Sean Smith (bass), and Darren Lackie (drums). Stuart McGachan (keyboards, guitar) was briefly in the band from 2013 to 2015.

The band's debut album, These Four Walls, was released on 15 June 2009 on Fat Cat Records. In October 2011 the band released their second full-length album, In the Pit of the Stomach. They released E Rey: Live in Philadelphia, a recording of the last show of their 2012 tour, in February 2014. The band's third album, Unravelling was released in October 2014.

Thompson also cites Scotland itself as a major influence on their music. “It’s rainy and miserable in Scotland and there are lots of angry people. In a way, that’s a big part of why our music sounds the way it does. It’s music that sounds sort of like that.”